I think I am up for the challenge of running another half marathon. I quit doing the longer distances earlier this year, after a brutal 10-miler, but with all that I have learned since then, I want to see if things can be different. Plus, I have done it before and I think that actually makes the task seem a bit less daunting now. 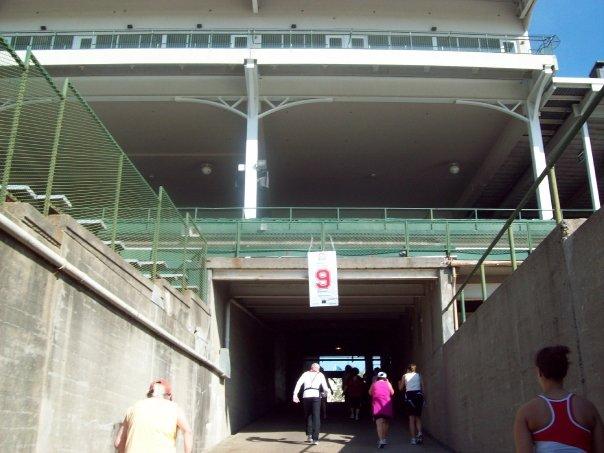 I already printed out the training program from last year to give me an idea of what I’m in for (I chose the “intermediate” program instead of beginner this time). 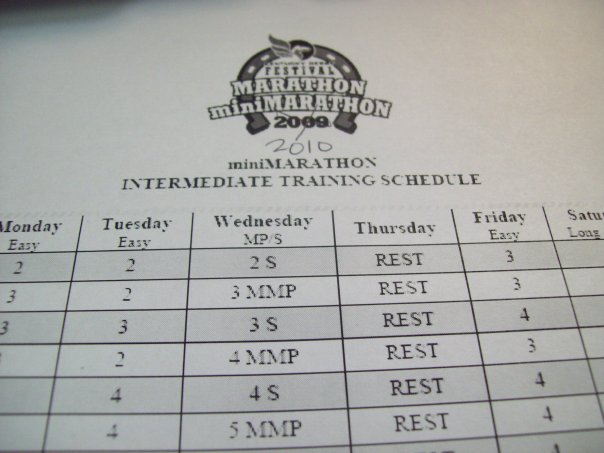 If everything goes well and I’m still healthy, training will officially begin on January 3, 2010. What a way to start off the new year!

Before then, I have quite a few races coming up that I am really looking forward to. Two weeks from today, I will be participating in my first ever Turkey Trot, which is a 5 mile run through a hilly park in south Louisville on Thanksgiving Day. Then I have one race per month in December, January and February to help keep me motivated. March brings the Louisville Triple Crown of Running, including that same 10-miler.

Bottom line: I did not train well at all last year. I tried to just wing it. That worked for my college term papers (sometimes) but not for running. If I do things the way I did in 2008, success is all but guaranteed.

I am not going to neglect my strength training either! I’m still going to do at least 2 days per week. I will be posting more on that later!

I am 29 years old and a resident of Louisville, Kentucky. I've been married to my husband Josh for 6 years and we have a 5 year old beagle named Suzie. Four years ago, I changed my eating and exercise habits, dropping 70 pounds and gaining an entirely new life. I took up running in September 2007 and became vegan in October 2009. I am constantly striving to improve my life so that I can live it to the fullest! I hope you will join me on my life journey.
View all posts by Sarah Frankel »

Posted on November 12, 2009, in running and tagged half marathon, races, running. Bookmark the permalink. 12 Comments.