I was blessed to be off work today so I took full advantage. I slept until 7:45 (that’s late for me) and got the day started with some pumpkin oat bran.

Complete with some raisins AND chocolate chips…because I just couldn’t choose.

In lieu of coffee (because I’m out at home), I had some stash green tea 🙂 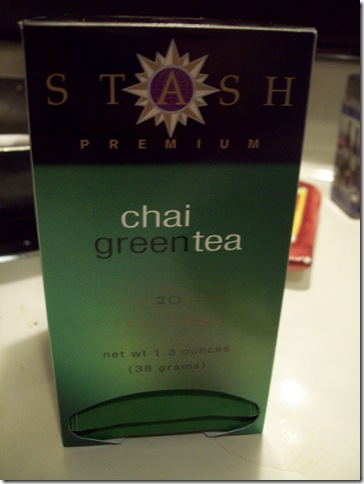 In one of my favorite mugs!

Although now it reminds me of the poor chicks in Food Inc. Moving on…

Since I knew I was going for a run today, snacking was crucial. For a pre-run snack, I went ahead and “tried” one the dessert I made for tonight.

Then, we hit the trails at Seneca Park for an awesome, fun and challenging 5 mile trail run! The trail itself was 3.1 miles so the rest was around the track and back and forth to the car.

I was a little nervous on the trail, but thankfully I did not fall! And I liked being unfamiliar with the course because I couldn’t tell how far we were going which is a good thing since I like to psych myself out. There were some really challenging hills on the course too, so this course was great for me – I stink at hills. I can’t wait to do it again!

My legs were feeling it by the end of our run, but they felt GOOD. We stretched and then headed back home where I proceeded to inhale this banana with PB.

Then I soaked in the tub for a while, listened to some indie rock on Pandora, and then finally got an appetite for lunch.

I started with some salad + hummus: 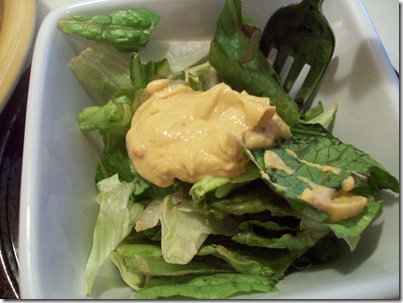 Then I heated up leftover brown rice, stir fried veggies and black beans from leftovers this week. 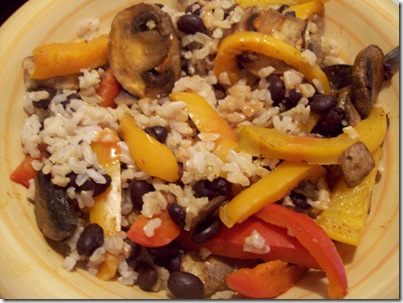 I think this dish was inspired by Heather’s husband CD who likes to refuel with stir fried veggies too! But I can see why he eats it – it hit the spot and was perfectly filling too!

I had a few chocolate chips after lunch 🙂

I watched some Dr. Oz since I’m never home to watch his show usually Cutie Bob Harper was on there too. Yay! Then I felt like I needed a nap, so why not?

I slept for 2 hours!

I’m getting ready for girl’s night potluck now but I felt sort of hungry so I snacked on some mixed nuts to hold me over.

And now I am feeling some more tea (it’s getting cold here) so I think I’ll get to that. See ya later!

Have you ever ran on a trail before? What did you like or dislike about it?

I am 29 years old and a resident of Louisville, Kentucky. I've been married to my husband Josh for 6 years and we have a 5 year old beagle named Suzie. Four years ago, I changed my eating and exercise habits, dropping 70 pounds and gaining an entirely new life. I took up running in September 2007 and became vegan in October 2009. I am constantly striving to improve my life so that I can live it to the fullest! I hope you will join me on my life journey.
View all posts by Sarah Frankel »